Opening Keynote – One Health in an Era of Pandemics
William Karesh, Executive Vice President for Health and Policy for EcoHealth Alliance

Dr. Montagnini’s research focuses on variables controlling the sustainability of managed ecosystems with emphasis in the tropics:  forest, tree plantations and agroforestry systems; sustainable land use systems that integrate ecological principles with economic, social, and political factors; the principles and applications of forest landscape restoration; the reforestation of degraded lands with native species; mixed-species plantations; identification and quantification of ecosystem services, including biodiversity, carbon sequestration and watershed protection; organic farming using indigenous resources; payments for environmental services as tools to promote restoration, conservation, and rural development; biodiversity conservation in human dominated landscapes; biodiversity islands (biodiversityislands.wordpress.com). Dr. Montagnini has written eleven books on agroforestry systems and ecological restoration, including a major textbook in tropical forest ecology and management, and about 250 scientific articles, of which 80% have been published in international refereed journals. She teaches and advises individual project courses in agroforestry, landscape restoration, and soil conservation and management. She holds honorary professorships at several universities in Latin America. She also works as a consultant advising projects related to her expertise in tropical forestry, agroforestry and rural development worldwide.

Executive Vice President for Health and Policy for EcoHealth Alliance 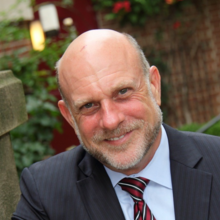 Dr. William (Billy) Karesh is an internationally recognized expert on infectious diseases, wildlife and the environment. He is the Executive Vice President for Health and Policy for EcoHealth Alliance and is a member of World Health Organization’s IHR Roster of Experts. Dr. Karesh also serves as the President of the World Organisation for Animal Health (OIE) Working Group on Wildlife. In 2016, he was appointed as a member of the Council on Foreign Relations. Dr. Karesh has pioneered initiatives focusing attention and resources on solving problems created by the interactions among wildlife, people, and their animals. In 2003, he coined the term “One Health” to describe the interdependence of healthy ecosystems, animals and people and the term has been adopted by many organizations, including the United Nations and the World Bank, in local and global health efforts. Dr. Karesh has created dozens of initiatives to encourage linkages among public health, agriculture and environmental health agencies and organizations around the world. He has personally lead programs and projects in over 45 countries, covering terrain from Argentina to Zambia.

In addition to his work in the private non-profit sector, Dr. Karesh has also worked for the USDA, DOD and DOI. He served as a consultant for the Food and Agriculture Organization of the U.N., and is currently on the Steering Committee of OFFLU (OIE-FAO Network of Expertise for Animal Influenzas). Dr. Karesh is internationally recognized as an authority on the subject of animal and human health linkages and wildlife. He has published over one hundred and eighty scientific papers and numerous book chapters, and written for broader audience publications such as Foreign Affairs.

Sketchnotes from this session 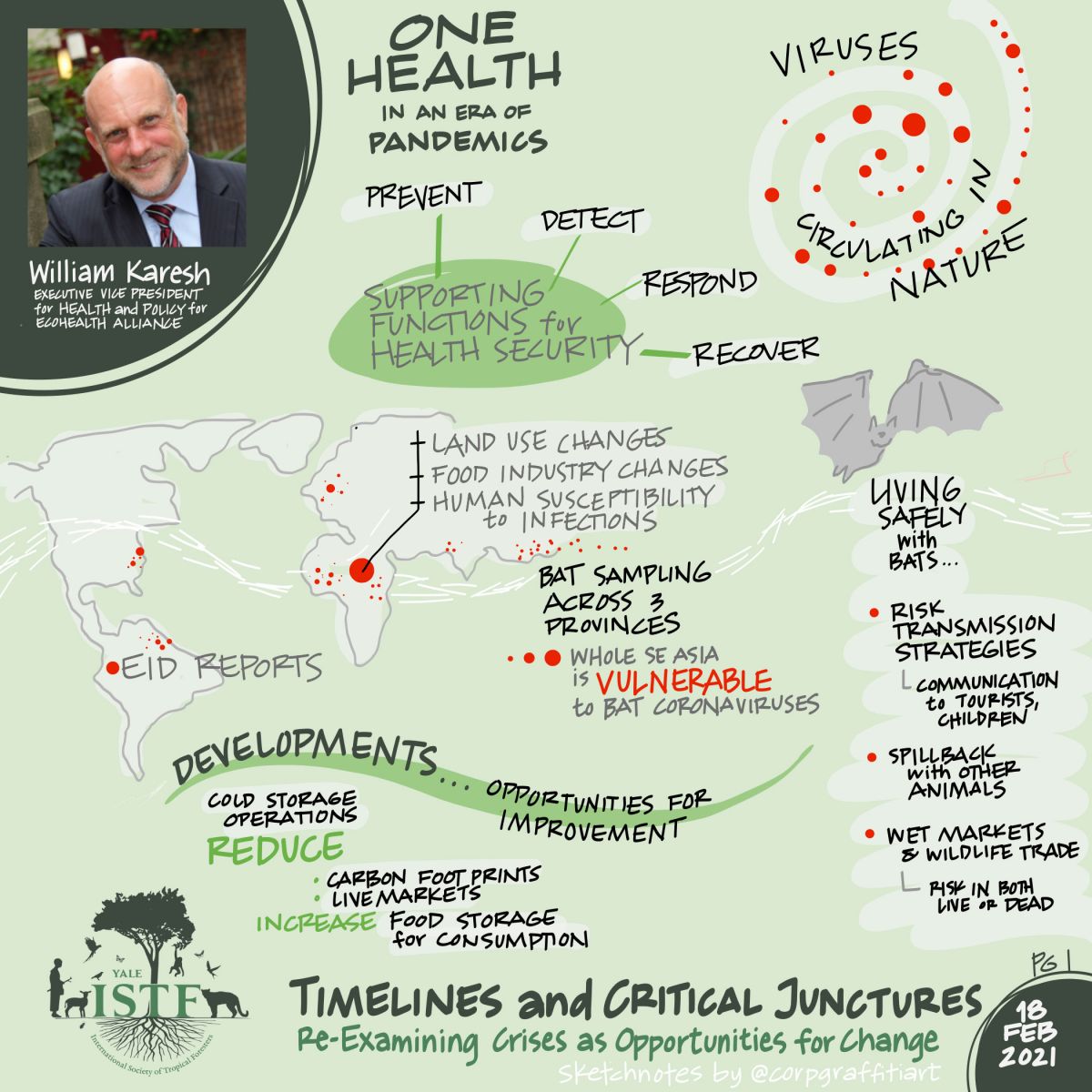 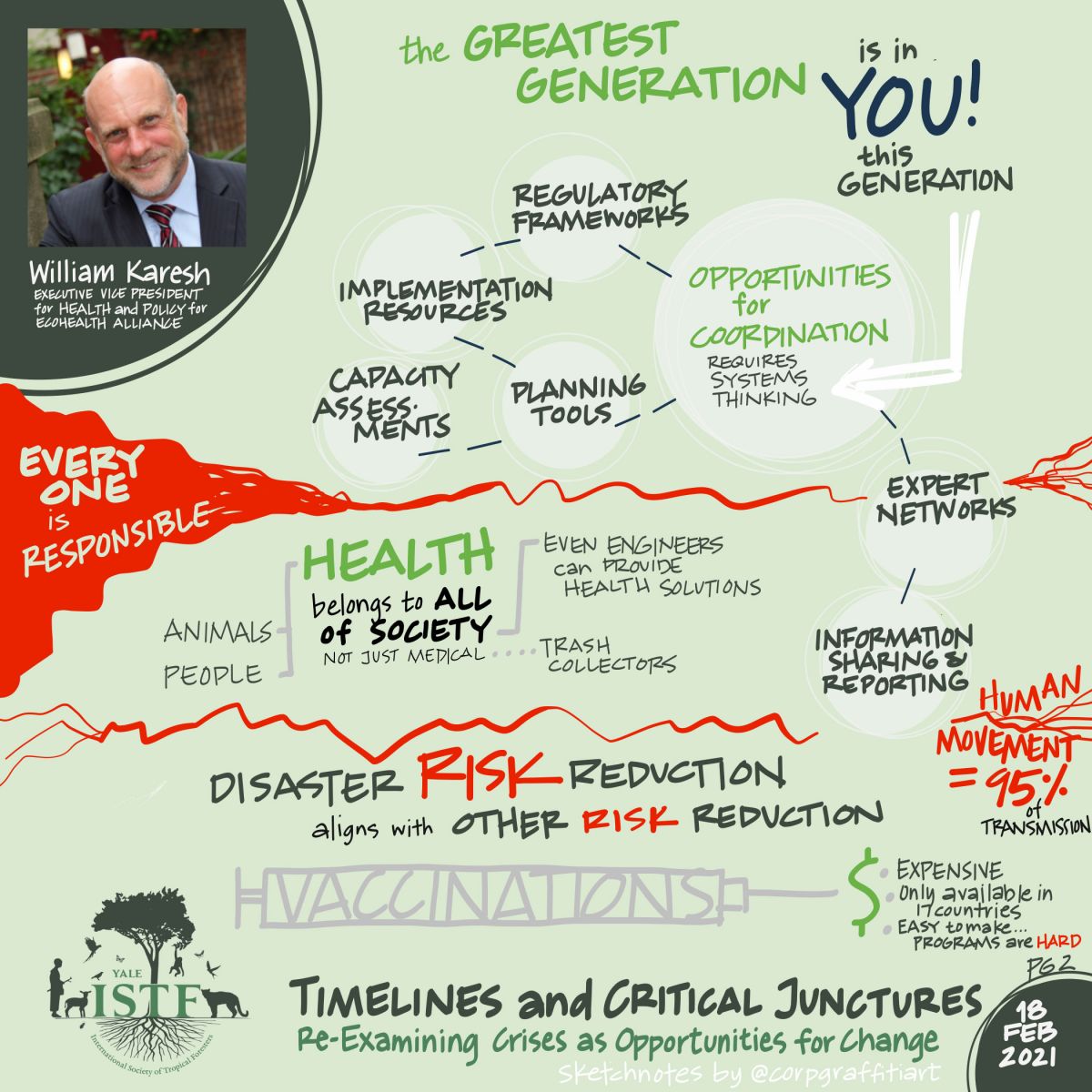