Co-director of the Yale Forum on Religion and Ecology 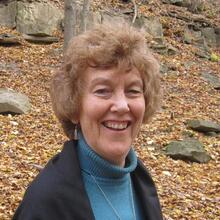 Dr. Tucker teaches in an MA program between the School of the Environment and the Divinity School. With John Grim she organized 10 conferences on World Religions and Ecology at Harvard. They were series editors for the 10 resulting volumes from Harvard. She co-edited Confucianism and Ecology, Buddhism and Ecology, and Hinduism and Ecology. She has authored with John Grim, Ecology and Religion (Island Press, 2014). They also edited Thomas Berry’s books including Selected Writings (Orbis 2014). Tucker and Grim published Thomas Berry: A Biography (Columbia University Press, 2019). With Brian Thomas Swimme she wrote Journey of the Universe (Yale 2011) and was the executive producer of the Emmy award winning Journey film that aired on PBS. She served on the International Earth Charter Drafting Committee and was a member of the Earth Charter International Council. 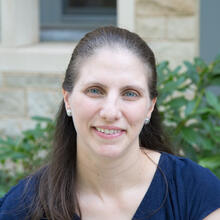 Dr. Liza Comita is an Associate Professor of Tropical Forest Ecology in the School of the Environment at Yale University, with a secondary appointment in the Department of Ecology & Evolutionary Biology. She is also a Research Associate at the Smithsonian Tropical Research Institute in Panama. She earned a Bachelor’s degree in Biology and Master’s degree in Conservation Biology from the University of Pennsylvania and a PhD in Plant Biology from the University of Georgia. She was previously an Assistant Professor in the Department of Evolution, Ecology and Organismal Biology at The Ohio State University and held postdoctoral positions at the University of Minnesota, the Earth Institute at Columbia University, and the National Center for Ecological Analysis and Synthesis (NCEAS).  As a plant community ecologist, Liza is interested in ecological mechanisms driving patterns of diversity, dynamics, and species distributions in both pristine and human-altered tropical forests. 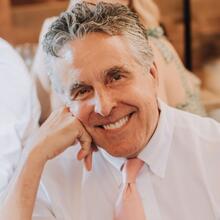 For over 25 years, Dr. McNeill has been a leader in the United Nations’ work on sound environmental management in the developing world. He is currently the Senior Advisor on Forests & Climate for the United Nations Environment Programme (UNEP), and is overseeing the Interfaith Rainforest Initiative, an international alliance bringing faith-based leadership to local and global efforts to end tropical deforestation. Previously, Dr. McNeill managed UNDP’s work on forests, biodiversity, climate change, sustainable energy, stakeholder engagement, the SDGs and public-private partnerships. In that capacity he founded and led catalytic global initiatives, including the Indigenous Peoples Initiative for the Paris Climate Conference (2015), the global coalition that delivered the New York Declaration on Forests at the 2014 UN Climate Summit, the UN-REDD Programme (2008-2016) and the Equator Initiative (2002-2014). In the 1990s, Dr. McNeill developed Global Environment Facility (GEF) programs throughout Africa and then managed GEF global programming and policy. Prior to the UN, he worked with NGOs on hunger eradication and sustainable development in South Asia and Africa. After receiving his Ph.D. in Genetics with a focus on conservation biology, from the University of California at Davis, Dr. McNeill held several academic posts addressing a range of environmental and development issues.